Humanity was forced to abandon the Earth long ago. At least, that’s what we were told.

Humanity was forced to abandon the Earth long ago. At least, that’s what we were told.

When Chase Michaels is awarded one of the most coveted positions on space station Infinity, he learns it also comes with its most deadly secret—the Earth their ancestors left behind isn’t vacant. More than that, there are other stations and ships orbiting the planet, all being hidden from the station’s residents.

His job as technician is to round up those who discover the secret and usher them to their deaths before fixing the bugs that expose the truth.

The penalty for speaking out is death. Despite this risk, his colleagues believe they’ve found a way to set the record straight. But they need Chase’s help to execute their master plan.

If they succeed it means humanity might be able to return home, if they fail, it could doom them all. Will Chase risk his own well-being for the future of the station?

Infinity is a prequel short story to the Fractured Orbit series. A science fiction dystopian adventure that is perfect for fans of Red Rising and The Expanse. 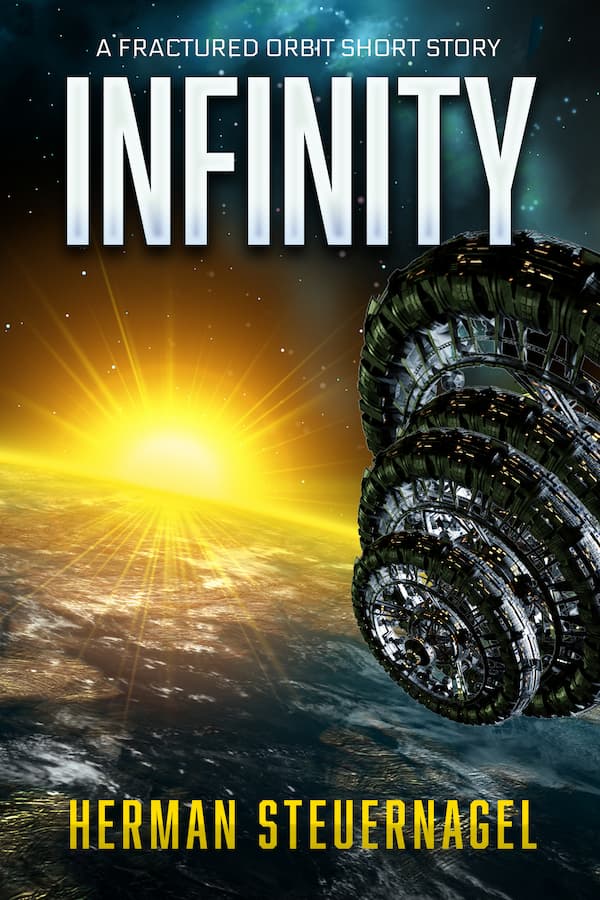