Sign up to my newsletter and receive a copy of my short story Infinity!

Django Alexander had everything he ever wanted... now he’s lost it all.

When Django uncovered an unexpected truth, he didn’t know it would end the lives of nearly everyone he cares about. Left only with his sister, his best friend and an uncle who has some unhinged ideas about what might exist outside of the space station Eclipse, he must follow the truth where it leads – even if it leaves him with nothing.

Mikka Jenax can’t escape her dubious past… and it could end up costing her everything.

Mikka thought she had left her life as a notorious space pirate behind to care for her ailing mother, but the past comes knocking after her ship, the Redemption, answers a cryptic distress call.

Forced to face a deal she made with the devil years ago, Mikka has no choice but to step back into her old life and make another hesitant pact... with an eccentric pirate.

Django and Mikka’s paths collide as they embark on a journey that will shape the fate of a civilization built on half-truths and the backs of others. Rumors of civil war circulate through the Syndicate’s orbital empire, catching both Django and Mikka in the crossfire -- where the stakes are far higher than they realize.

Neither is prepared. Neither is willing. But they will no longer be able to ignore the truth. But will it cost Django and Mikka everything?

Eclipse is the first novel in a new dystopian sci-fi adventure series that is perfect for fans of Red Rising and The Expanse.

Get an exclusive early edition. Available only in our shop!
Buy Now Pre-Order on Amazon
Download Sample Chapters
Or Pre-Order the Hardcover or Paperback version at your favorite retailer. 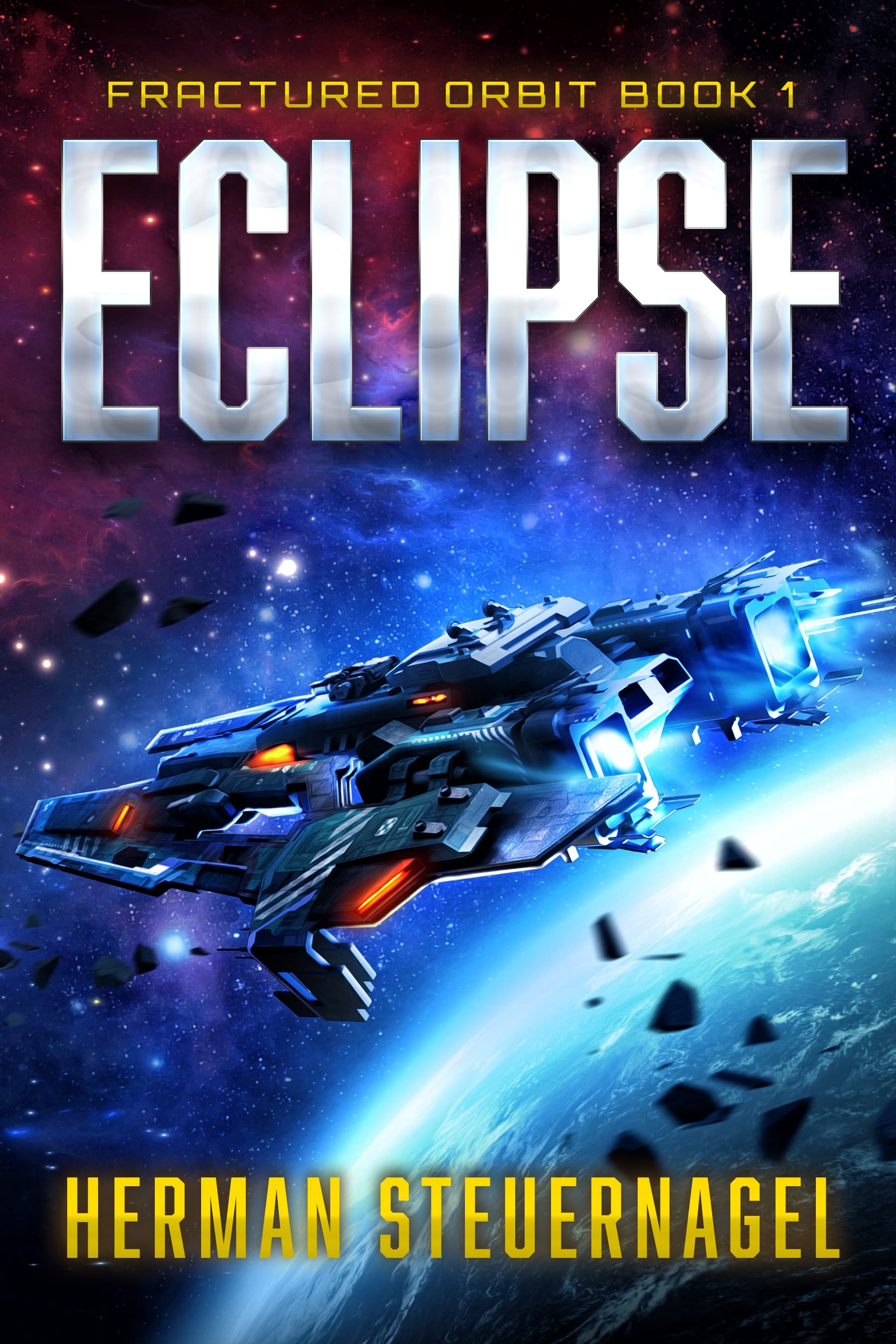