Order Today — Sins of the Ancients

What would you risk for a shot at revenge?

The city of Vegas lies in ruin. The Guardians’ mechanized assault has rained devastation down on the city and its people, halted only by the brave efforts of tentative heroine Sierra Runar. But deactivating the Guardians’ first strike only secures them temporary safety.

In the wake of their victory, Wil Underwood sees an opportunity to press their advantage and take the fight to the bots. Taken under the wing of the Resistance and its cautious leader, Liz, Wil embarks on a path that will take him closer to danger than he’s ever been. But war with the Guardians means more to Wil than just survival; it offers a chance for him to strike back against the murderers of his lover, Marco.

Fueled by revenge, Wil and his friend Ella follow the Resistance into the heart of humanity’s most advanced fortification; the city of San Francisco. Untouched by the Guardians, the City Center is a bastion of hope in the fight against the machines. Hoping to sway the city’s Director into supporting their cause, Liz attempts to negotiate a deal which will bolster the Resistance’s efforts. But in time, Wil and his companions begin to learn that San Francisco’s survival hinges more on self-interest than it does on co-operation.

Sins of the Ancients is the third novel in the epic Lies of the Guardians series, which the Paperback Shop UK ranked as one of their top six Sci-Fi picks, alongside Dune, Jurassic Park and The Martian. Grab your copy today! 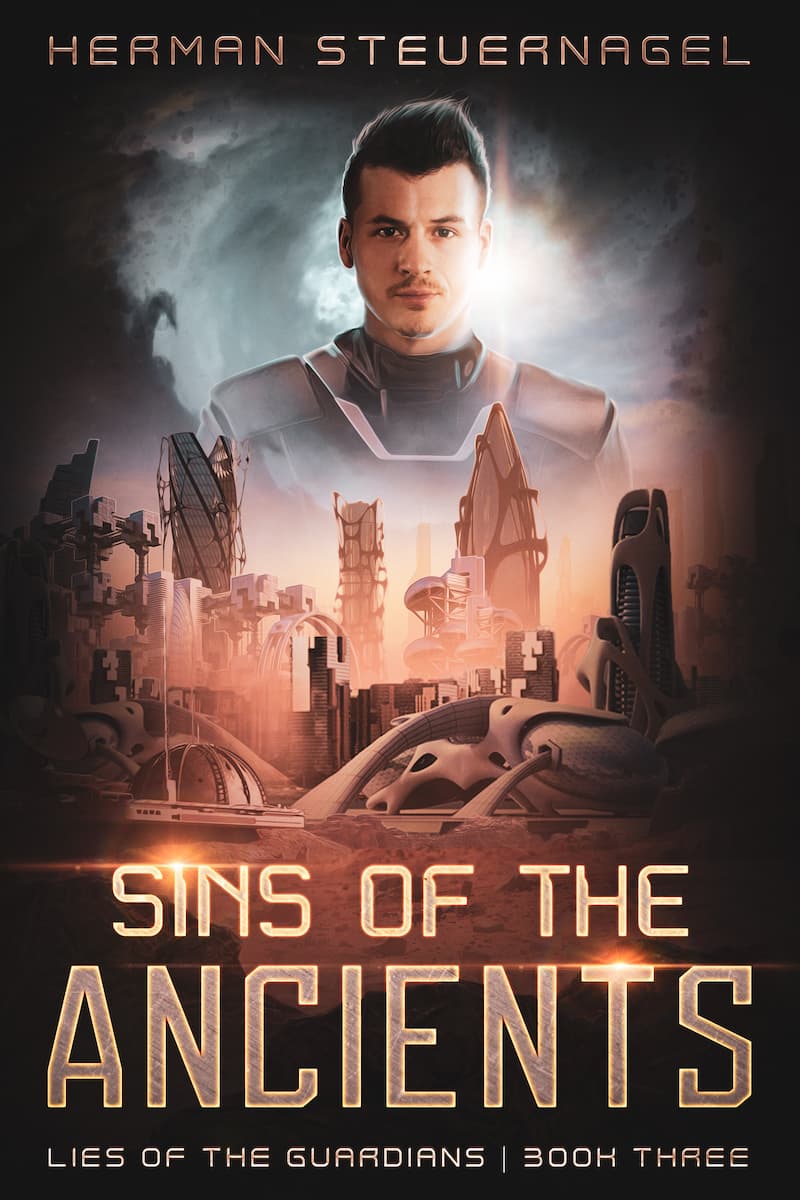