Death by either man or bot is still death all the same.

Following the crippling robot attack on San Francisco, Terre Hoffman is haunted by the lasting scars born from the failings of the Guardian Program. Uncertain of the success of their efforts to patch the glitches that turned the military’s war machines on their own people, Terre and his colleague, robotics specialist Kristopher Klein, have parted ways with the CIA, hoping to put the harrowing experience—and the bots that caused it—behind them.

On vacation in Sin City, Terre drowns his sorrows as he looks to a future without his family. But when an ominous power outage plunges Vegas into chaos, Terre receives a call from his old employer asking him to return to duty. The bots are malfunctioning again, and an installation at the Hoover Dam holds the secret.

And, most worrying of all, Kristopher is somehow involved …

Artificial Insurgence is the thrilling apocalyptic continuation of The Terre Hoffman Chronicles. 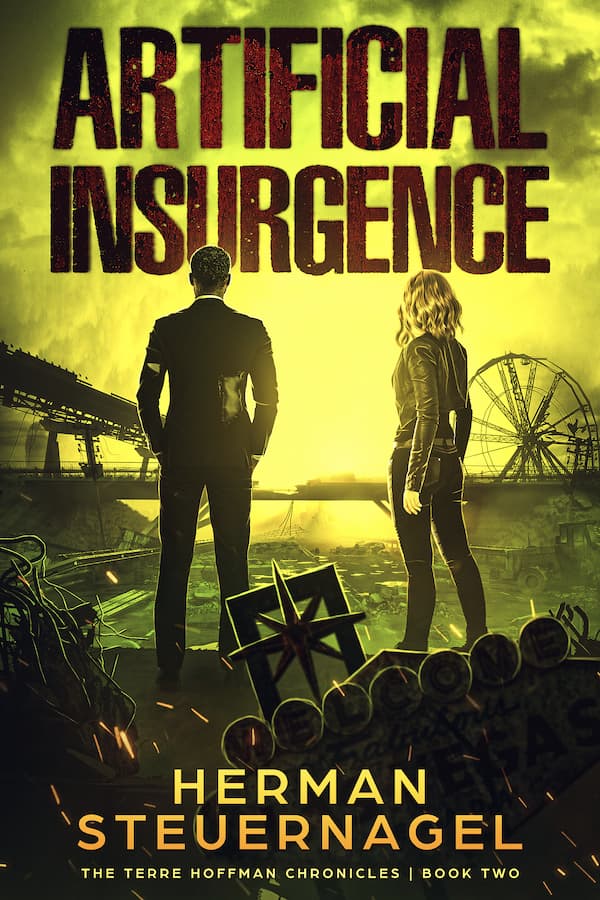