A program designed to protect them.
A malfunction that could obliterate them all.

When state-of-the-art artificial intelligence units begin to malfunction across the globe, humanity faces a mess of its own making: what happens when the robots we build no longer respond to our commands.

When the United States comes under attack from an AI program its government built in secret, IT specialist Terre Hoffman learns firsthand how deadly the program can be; with one strike, the machines decimate Terre’s entire family. As Terre comes to terms with the loss, he and fellow robotics consultant Kristopher Klein are assigned by the US military to investigate the AI anomalies and bring the bots back under human direction. Under pressure and under attack, the two experts only have one shot at success—override the network and shut down the Guardian Program.

With everything on the line, Terre must overcome the pain of losing his loved ones in order to stop the war machines from causing even more destruction. Failure signifies handing over complete control to the very machines designed to protect them … but bent on killing them instead.
The Guardian Program is the first thrilling apocalyptic entry in the Terre Hoffman Chronicles, expanding the universe of the internationally best-selling Lies of the Guardians.

*This is the first book in a new series. Rated PG-13 for mild language, moderate violence and death.* 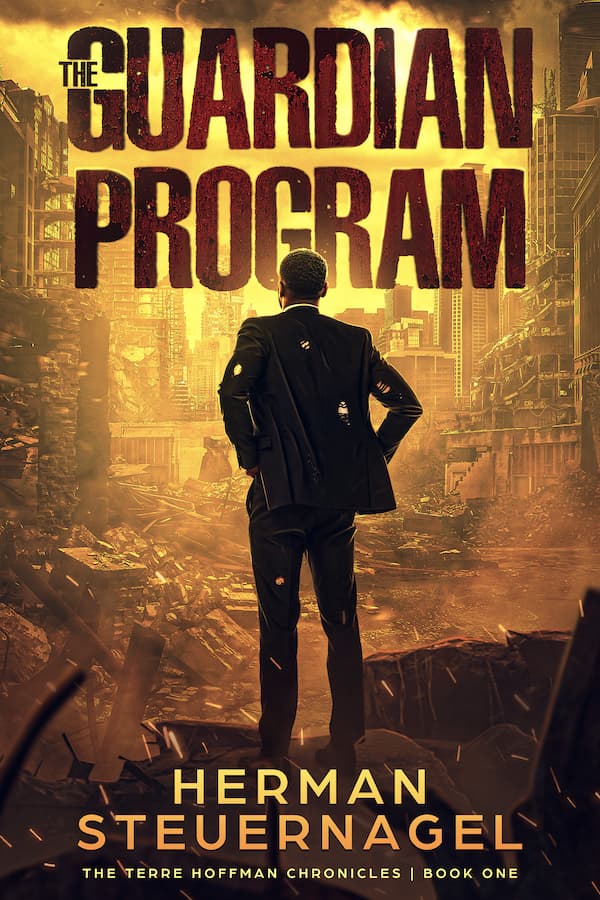